Peter the Rock | Teach for Jesus
Skip to content

Lesson Learned:  Jesus told Peter to build up His Church and teach about Him.

Bible Verse:
Matthew 16:17-18
17 Jesus replied, “Blessed are you, Simon son of Jonah, for this was not revealed to you by flesh and blood, but by my Father in heaven. 18 And I tell you that you are Peter, and on this rock I will build my church, and the gates of Hades will not overcome it. 19 I will give you the keys of the kingdom of heaven; whatever you bind on earth will be bound in heaven, and whatever you loose on earth will be loosed in heaven.” 20 Then he ordered his disciples not to tell anyone that he was the Messiah.

Mark 3:13-19
13 Jesus went up on a mountainside and called to him those he wanted, and they came to him. 14 He appointed twelve that they might be with him and that he might send them out to preach 15 and to have authority to drive out demons. 16 These are the twelve he appointed: Simon (to whom he gave the name Peter), 17 James son of Zebedee and his brother John (to them he gave the name Boanerges, which means “sons of thunder”), 18 Andrew, Philip, Bartholomew, Matthew, Thomas, James son of Alphaeus, Thaddaeus, Simon the Zealot 19 and Judas Iscariot, who betrayed him.

Talking Points:   Remember what Jesus’ friends were called?  They were called disciples and Jesus wanted them to follow Him and to learn from Him.  One of His closest friends was named Peter (which actually means rock).   Peter spent 3 years with Jesus and during those 3 years, he saw Jesus perform many miracles and Peter knew that Jesus was the Son of God.   Before Jesus left earth, He told Peter, “You will be a rock, a strong person, that helps build up My Church and lead many people to believe in Me.”

Activity:
Lay down the newspaper to protect your work surface.  Let the child paint the rock.  Older children could paint a little man on the rock. 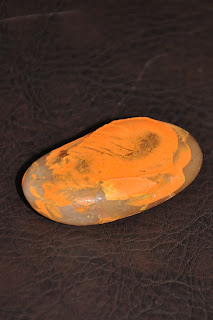 Prayer:  Dear Lord, we enjoy reading about Your friends and their lives.  We are glad that they told the world about You so that we could know You, too.  Help us to share Your story and love with our friends too. Amen!