Bible Verse:
Daniel 2:1-3
1 In the second year of his reign, Nebuchadnezzar had dreams; his mind was troubled and he could not sleep. 2 So the king summoned the magicians, enchanters, sorcerers and astrologers to tell him what he had dreamed. When they came in and stood before the king, 3 he said to them, “I have had a dream that troubles me and I want to know what it means.

26 The king asked Daniel (also called Belteshazzar), “Are you able to tell me what I saw in my dream and interpret it?”
27 Daniel replied, “No wise man, enchanter, magician or diviner can explain to the king the mystery he has asked about, 28 but there is a God in heaven who reveals mysteries. He has shown King Nebuchadnezzar what will happen in days to come. Your dream and the visions that passed through your mind as you were lying in bed are these:
29 “As Your Majesty was lying there, your mind turned to things to come, and the revealer of mysteries showed you what is going to happen. 30 As for me, this mystery has been revealed to me, not because I have greater wisdom than anyone else alive, but so that Your Majesty may know the interpretation and that you may understand what went through your mind.
31 “Your Majesty looked, and there before you stood a large statue—an enormous, dazzling statue, awesome in appearance. 32 The head of the statue was made of pure gold, its chest and arms of silver, its belly and thighs of bronze, 33 its legs of iron, its feet partly of iron and partly of baked clay. 34 While you were watching, a rock was cut out, but not by human hands. It struck the statue on its feet of iron and clay and smashed them. 35 Then the iron, the clay, the bronze, the silver and the gold were all broken to pieces and became like chaff on a threshing floor in the summer. The wind swept them away without leaving a trace. But the rock that struck the statue became a huge mountain and filled the whole earth.


Talking Points:
A long time ago, before Jesus was even born, there was a king named Nebuchadnezzar.  He was not a nice king, and he did not believe in God.  One night he had a dream that upset him, and he asked some of his smartest men to tell him what the dream meant.  But he asked them to do something very, very difficult, almost impossible.  He asked the people to tell him what the dream was before they told him what it meant.  No man could to it and King Nebuchadnezzar said he would kill all the smart men in the country.  Daniel was a good person, and he believed in God.  So he prayed to God and asked God to tell him what the dream was and what it meant.  God answered his prayer and Daniel was able to tell the king all about the statue the king had dreamed about and what it meant.  Only with God’s help was this possible; otherwise, Daniel never would have been able to do it.


Questions:  Do you ever dream at night? What do you dream about?  Do you think someone else could tell you about your dreams if you didn’t tell them? Why or why not? 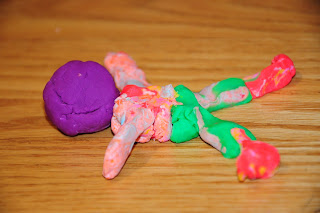 Prayer:  Heavenly Father, you are powerful and mighty!  You do the impossible, like revealing the king’s dream to Daniel.  Thank You! Amen!