God Made All the Animals | Teach for Jesus
Skip to content

God Made All the Animals 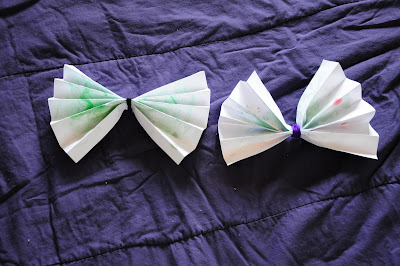 Step 1: Using watercolors (or crayons) have the child decorate a piece of paper.
Step 2: Fold the paper like an accordion.
Step 3: Place a rubber band in the middle of the accordion-like paper.
Step 4: Pull the edges slightly to make the folds look like a butterfly.
Prayer:  Heavenly Father and Creator, You made all the animals and birds in the world. Thank You for all Your wonderful animals. Amen!