Princess and Superhero | Teach for Jesus
Skip to content

Lesson Learned:  Esther is made queen and saves God’s people.

Materials Needed:  dress up clothes (like a princess dress or cape)

Bible Verse:
Esther 2:8-9
8 When the king’s order and edict had been proclaimed, many young women were brought to the citadel of Susa and put under the care of Hegai. Esther also was taken to the king’s palace and entrusted to Hegai, who had charge of the harem. 9 She pleased him and won his favor. Immediately he provided her with her beauty treatments and special food. He assigned to her seven female attendants selected from the king’s palace and moved her and her attendants into the best place in the harem.

Esther 3:12-14
12 When Esther’s words were reported to Mordecai, 13 he sent back this answer: “Do not think that because you are in the king’s house you alone of all the Jews will escape. 14 For if you remain silent at this time, relief and deliverance for the Jews will arise from another place, but you and your father’s family will perish. And who knows but that you have come to your royal position for such a time as this?”

Questions:  Do you have a favorite princess/superhero?  Why do you like them?

Activity:  Play dress up with your child, dressing up as a princess or superhero. 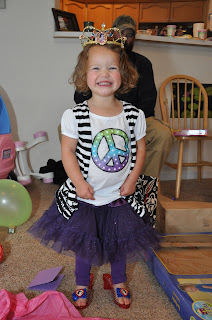 Prayer:   Dear God, You always have a plan for us, like just You did for Esther.  Give us ears to listen to You! Amen!