29 Then the king called together all the elders of Judah and Jerusalem. 30 He went up to the temple of the LORD with the people of Judah, the inhabitants of Jerusalem, the priests and the Levites—all the people from the least to the greatest. He read in their hearing all the words of the Book of the Covenant, which had been found in the temple of the LORD. 31 The king stood by his pillar and renewed the covenant in the presence of the LORD—to follow the LORD and keep his commands, statutes and decrees with all his heart and all his soul, and to obey the words of the covenant written in this book.

Talking Points:  Do you remember learning about the 10 Commandments?  The Commandments were part of some of the rules that God had given to Moses to share with His people.  God gave us these rules to protect us because He loves.  During one part of history, however, these rules were lost and people forgot about them.  When they found the rules, they knew they needed to start following these rules and they read the rules out loud and started to obey them; this pleased God.
Questions:  Have you ever lost anything? What was it? Did you find it? Where was it?
Activity:  Let the child practice writing on a piece of construction paper.  Roll the paper up like a scroll and tie it with a piece of paper. Then, take turns hiding the scroll and finding it.  After doing this a few time, take a few minutes to review some of “God’s rules”.  (See Exodus 20 for the 10 Commandments) 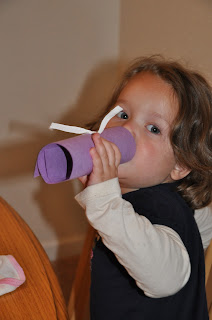 Prayer:  Dear God, we are so glad we have the Bible that we can read everyday.  We hope to never lose Your word from our hearts or minds. Protect it and keep it in our minds. Amen!