Joseph in Egypt | Teach for Jesus
Skip to content


Bible Verse:
Exodus 39:1-4
1 Now Joseph had been taken down to Egypt. Potiphar, an Egyptian who was one of Pharaoh’s officials, the captain of the guard, bought him from the Ishmaelites who had taken him there.
2 The LORD was with Joseph so that he prospered, and he lived in the house of his Egyptian master. 3When his master saw that the LORD was with him and that the LORD gave him success in everything he did, 4 Joseph found favor in his eyes and became his attendant. Potiphar put him in charge of his household, and he entrusted to his care everything he owned.


Exodus 41:39-40
39 Then Pharaoh said to Joseph, “Since God has made all this known to you, there is no one so discerning and wise as you. 40 You shall be in charge of my palace, and all my people are to submit to your orders. Only with respect to the throne will I be greater than you.”


Talking Points:  Joseph’s brothers had treated him poorly and sent him down to Egypt with a bunch of strangers.  They had hoped to get rid of him, but God had big plans for Joseph.  Joseph was thrown in jail for 2 years and then because he interpreted a dream for the king (pharaoh) of Egypt, Joseph became a ruler with the king.  Then, because God blessed Joseph in Egypt, he saved the whole country from famine. (A famine is a time when there is not enough food for everyone to eat).  Even though Joseph’s brothers had wanted to harm him, God had other plans for him and blessed Joseph.


Questions:  Have you ever heard of a country called Egypt before?  Do you think it’s close to where you  live?  Why was Joseph in Egypt? 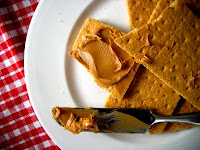 Prayer:  Heavenly Father and Lord, You have a plan for each one of us and You use all things for Your purpose, just like You used Joseph in Egypt.  Please use us! Amen!