Born in a Stable | Teach for Jesus
Skip to content

Born in a Stable

Lesson Learned:  Jesus was born on Christmas Day in a stable in Bethlehem.

Bible Verse:
Luke 2:1-7
1 In those days Caesar Augustus issued a decree that a census should be taken of the entire Roman world. 2 (This was the first census that took place while Quirinius was governor of Syria.) 3 And everyone went to their own town to register.
4 So Joseph also went up from the town of Nazareth in Galilee to Judea, to Bethlehem the town of David, because he belonged to the house and line of David. 5 He went there to register with Mary, who was pledged to be married to him and was expecting a child. 6 While they were there, the time came for the baby to be born, 7 and she gave birth to her firstborn, a son. She wrapped him in cloths and placed him in a manger, because there was no guest room available for them.

Talking Points:  When Mary and Joseph got to Bethlehem, there were no rooms for them to spend the night.  It was like all the rooms in a hotel were booked, and they had no where to stay. A kind man saw them and offered them a room in his stable (a stable is something like a barn where animals are kept). That very night, Jesus was born.  No one knows for sure where this stable was in Bethlehem, but we do know that Jesus was born somewhere where animals were kept, maybe in a barn or a cave. Where ever it was, it was not where people would expect our Savior to be born.  Jesus was going to be a king someday but He came into the world with animals by his side.

Questions:  Do you know where you were born? Was it in a hospital?  Do you know anyone who was born in a barn?  Do you think it was like in the barn (warm/cold, clean/dirty, smelly, etc)? 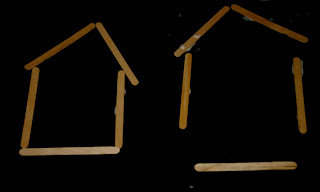 Prayer:  Heavenly Father, we are so blessed to be able to celebrate Jesus’ birthday in just a few days. Thank You so much for teaching us the story of Your Son and His birth in a manger in Bethlehem. Amen!